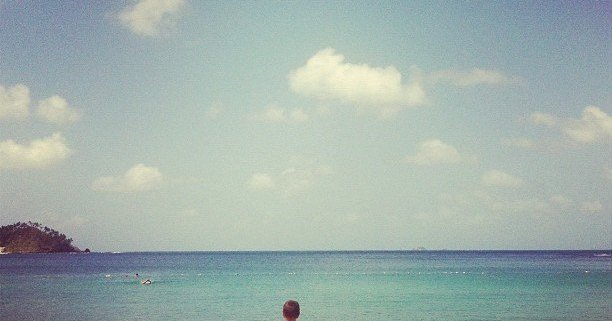 Grace is ours for the asking, because our Savior paid in advance. May today’s post spur your gratitude this Thanksgiving Day.

The disciples crossed the Sea of Galilee often as they followed Jesus. The time they spent in the boat is like the time I spend in my car driving from one task to the next.

The other day I left the YMCA frustrated about a client who had failed to show up for a class she had requested to be added to the schedule, a class I might have to cancel as a result, which would result in the loss of time and income. What a mess. I threw my purse into the car and hoisted myself after it. How can I find out what happened? I shot off a text message searching for the answer before heading out into traffic.

As I drove to my next job, my mind was racing ahead to solve the problem. Who else could join the class? How can I make this work in the short term? I alternated between thinking and fuming, but couldn’t see my way clearly to a solution. I was in no condition to teach my next class.

The prayer finally came. Until then, I didn’t realize that I hadn’t actually turned to Jesus yet. He was with me in the car, but I hadn’t thought of him. I hadn’t seen him by faith. Yet, he helped me anyway.

Finally, also by his grace, I was able to place the problem and my reaction in his hands. That freed me. Turning my full attention to the next place I was called to serve, I was able to receive an idea that sparked faith and joy for the people I would encounter as I walked in the door.

There it was again. Grace, free and swift.

We’ve been studying the Gospel of Mark this fall. We studied Mark 6 in the last post; today’s post applies that chapter. For December, I plan to pause our Mark study and resume it in the New Year.

Mark 6 began to come to life for me when I realized that the disciples were in tow as Jesus walked into Nazareth. Picture that. Jesus had a dual purpose that day. He was bringing the good news of the kingdom to his hometown one last time, and he was training the disciples for the ministry he would hand them.

What did he teach them in Nazareth? They knew his painful history with this place. His own townspeople had tried to throw him off a cliff! His own family had tried to take him into custody! Yet, they saw the gospel trump personal pain. They saw the primacy of teaching the word. It became clear to them that some would reject Jesus no matter what.

They also saw him stop doing miracles because of unbelief. They saw him move on.

Grace for Walking by Faith

The next scene shows that Jesus expected them to take his teaching to heart and act accordingly. He delegated his power to the 12 apostles and sent them out on a mission very similar to his own. He instructed them to act very similarly to what he had just done. They were meant to walk by faith. The power was from him for them to use on his mission.

He also expected them to take his miracles seriously. To take what they saw one day into the next.

I’ve always been perplexed by the connection between feeding the 5000 and the trip across the lake afterwards. Mark says, “And they were utterly astounded for they did not understand about the loaves, but their hearts were hardened” Mark 6:52. How does seeing Jesus feed 5000 people help you row across a lake against the wind?

“You give them something to eat.”

Jesus had a dual purpose in feeding the crowd. He wasn’t just caring for their stomachs, he was training the disciples. When they said, “let’s send them to buy bread,” he could have said, “It’s OK, I’ll feed them.” But instead he asked them to feed the crowd. Why?

He would use ordinary people–like them, like you and me–to do his extraordinary work.

That’s why, after he had seated the crowd, given thanks, and broken the loaves, he gave them to the disciples to set before the people. They did end up feeding the crowd, just as he asked them. That’s grace.

It was this lesson they were to ponder as they crossed the lake. Jesus watched them rowing into the wind for hours. They hadn’t yet asked him for help. He finally came towards them, walking on the water. They didn’t ask for help. He was going to walk by them until they asked. Their scream, “A ghost!” was the closest they came to uttering a cry for help. And he helped them. That’s grace.

But they still didn’t get it.

When do you “cross the lake” in your life? Use those moments between tasks to reflect on the size of the task, your weakness, and his power. Then cry out for help.

His grace is there for the asking this Thanksgiving. And every day after. 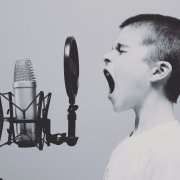 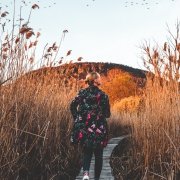 Advent: A Seed of Suspicion, A Seed of Promise
Scroll to top