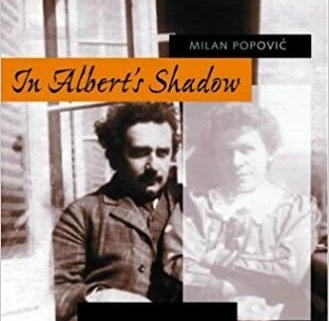 A seed must be hidden in the ground in order to become fruitful. There it must die to produce life. A hidden life, too, can yield an extraordinary legacy, even without the public recognition it may deserve. This post continues my meditation on the theme of our lives as good (or bad) seed.

Truly, truly I say to you, unless a grain of wheat falls into the earth and dies, it remains alone; but if it dies, it bears much fruit.

Hidden behind the shadow of the great Albert Einstein is a woman you’ve probably never heard of. Her name is Mileva Marić, a brilliant student who became Einstein’s best friend and study partner during their high school years, later becoming his wife. Her direct contribution to his work on relativity is debated, but their intellectual partnership–including the physics of relativity–is well documented through letters they exchanged from 1899-1903.

I came across their story when I was on a study break and was immediately intrigued. My browser had generously distracted me with this link: The Forgotten Life of Einstein’s First Wife. Huh, I thought, I don’t picture Einstein with a wife at all, much less a first one. His fame fills the whole frame in my mind.

Who was this woman?

Mileva Marić was born to wealthy Serbian parents, who recognized her abilities and sent her to high school just before girls were shut out of the program. She excelled in physics, and was the only woman to be admitted to the physics/mathematics section of the Polytechnic Institute in Zurich, where she met a fellow student named Albert.

They became fast friends, learning as equals, spurring each other on. She was more disciplined and orderly; he liked to skip class and study at home. When they were apart, their letters revealed how intertwined their work and life had become.

He writes, “When I read Holmholtz for the first time, it seemed so odd that you were not at my side and today, this is not getting better. I find the work we do together very good, healing and also easier.”

Their collaboration paused while she got her doctorate. He writes, “I look forward to resume our new common work. You must now continue with your research—how proud I will be to have a doctor for my spouse when I’ll only be an ordinary man.” (Grammar quoted as written.)

And when he finally published his work on relativity, which he termed “our article,” they agreed it should be published under his name alone, for personal and professional reasons, including the inferior status of women at the turn of the twentieth century. The same decision was made when they worked with another scientist to develop an ultra-sensitive voltmeter. Her name was not included alongside the two male inventors, because she was content that their marital union was inferred by his name.

Yet, despite its hiddenness, their collaboration was both real and productive, yielding a theory so prolifically fruitful that its applications are countless. Their work literally would change the world.

His star began to rise.

As his fame increased, Mileva began to worry about the effect it would have on him and on their marriage. While she raised their two boys, he traveled and gave lectures, sending postcards home. But in 1912 his travels turned to wandering. He began having an affair with his cousin, Elsa Lowenthal, which eventually led to their divorce, finalized in 1919.

His star had risen with her and would continue to rise without her. They fought over the Nobel Prize money, and he dismissed her contribution with an appalling insult.

“Have you ever considered even just for a second, that nobody would ever pay attention to your sayings if the man you talked about had not accomplished something important. When someone is completely insignificant, there is nothing else to say to this person but to remain modest and silent. This is what I advise you to do.“

Forgotten? Yes. Insignificant? That’s where he got it wrong.

The Secret of the Hidden life

Is there any redemption for this sad story? Yes. It’s found in the secret of the hidden life. What is that secret? That a seed must die to bear fruit.

Jesus explained this mystery to his disciples one day. His fame, too, was on the rise, as his disciples discovered when Greek worshippers came to them asking, “Sir, we wish to see Jesus.” But instead of that fame going to his head, like it did with Einstein’s, Jesus responded with these words:

“Truly, truly, I say to you, unless a grain of wheat falls into the earth and dies, it remains alone; but if it dies, it bears much fruit.”

John goes on to tell us that after Jesus said these things, he departed and hid himself from them. He was preparing to fall into the ground and die, so that he would rise in triumph over death bringing countless numbers from all the ages with him.

Though we don’t know if Mileva is one of those who found life in Christ through her Serbian Orthodox upbringing, we do know that her hidden life was immensely fruitful. Without their partnership, who knows the direction Einstein’s undisciplined genius would have gone?

“A true understanding of Einstein as both a man and a genius, is impossible without a detailed study of the woman who loved Einstein so deeply with such an emotional and intellectual bond that it bore a very rare fruit.”

I find more encouragement from her obscurity than from Einstein’s fame, and I hope you do, too. Let’s be content to live as seed, to die daily, and entrust our smallness to the Lord of the Harvest. 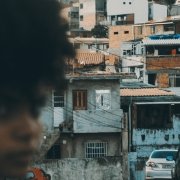 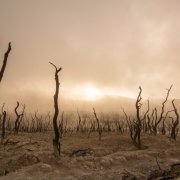