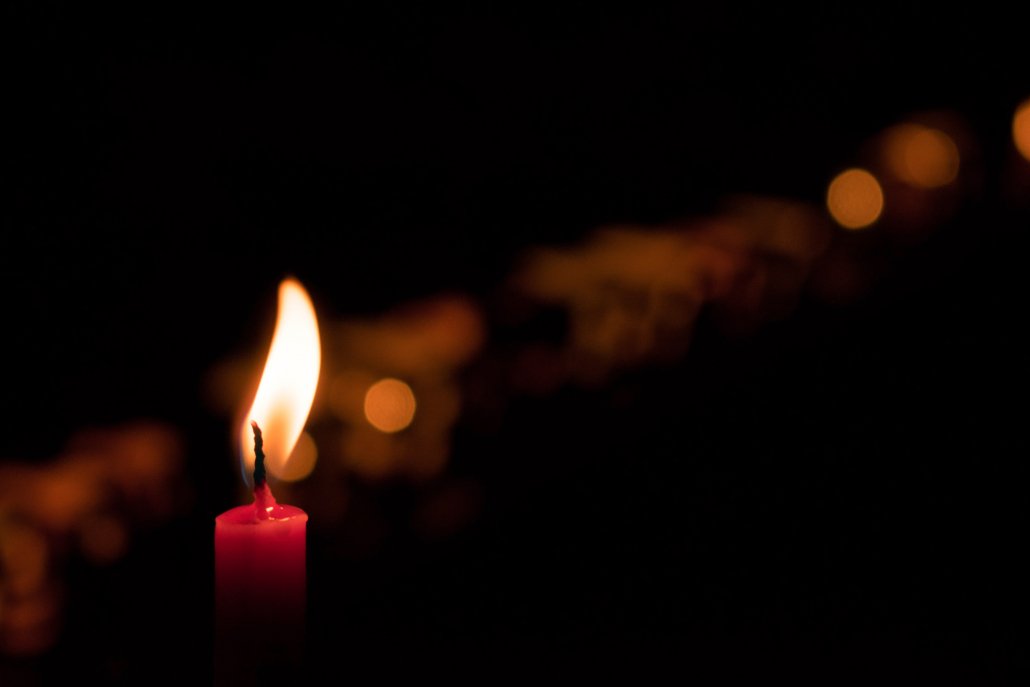 The bruised poinsettia leaves and burned out Advent candles are finally in the trash. I know. It’s almost the middle of January. In my defense I love the cheery glow of Christmas decorations so much that it almost eclipses my equally passionate love of New Years cleaning projects.

But 2021 has already lost its newness. Instead of feeling like a fresh start, it feels more like a continuation of the restrictions of 2020, plus the added drama of a change in our nation’s administration, complete with lots of shouting. Let’s admit it. We feel a little beat up after the past year. We’ve tried to be good sports, go along with the changing rules, not complain (too much), but frankly we’re a little bruised, and on the edge of being burned out.

Can you relate? Are your feet dragging as you get out of bed this Tuesday morning in mid January? Are you wondering how you’re going to get your act together or even if it’s worth it?

Then read on. Our next passage in Isaiah is just the news you and I need to hear.

Following our sermon series at church, today’s blog post jumps from the storm clouds of Isaiah 30 to the first servant song of Isaiah 42. The Messiah is coming! And each of the 4 servant songs presents a snap shot of him. Don’t just listen to these words, try to see them.

v1. Behold my servant, whom I uphold,

my chosen, in whom my soul delights;

I have put my Spirit upon him;

he will bring forth justice to the nations.

v2. He will not cry aloud or lift up his voice,

or make it heard in the street;

v3. a bruised reed he will not break,

and a faintly burning wick he will not quench;

he will faithfully bring forth justice.

v4. He will not grow faint or be discouraged

till he has established justice in the earth;

and the coast lands wait for his law.

When God unveils his Messiah, he is practically clapping his hands and jumping up and down. LOOK! He says. THIS is my servant. I myself have chosen him. And I couldn’t be more delighted in him. Filled with my own Spirit, he is ready to do all my will.

Stop and look at him with me. First, we’ll examine his gentleness.

You and I might not have much experience with reeds, unless we’ve taken basket weaving classes or played a reed instrument in high school band. Both types of reeds are dry and stiff, needing to be soaked before used. 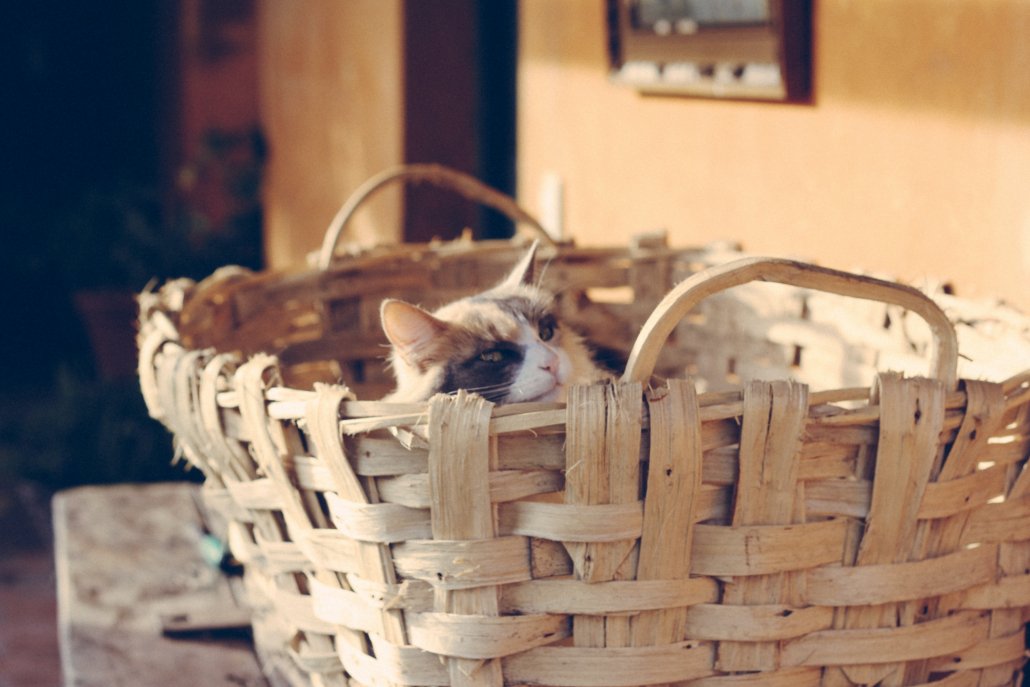 A bruised reed is one that has been damaged, but not yet broken in half. Imagine the care you would need to move it safely so you can mend it. A moment’s distraction could ruin it. A hasty movement could finish it. This is the care our Savior takes when he handles our souls. He is “gentle and lowly in heart” (Matthew 11:29).

Are you fearful about the virus? Disappointed or disillusioned by politics? Discouraged by the lengthy pause button on normal life?

God’s servant is calm, steady. Gentle. He doesn’t make noise or try to draw a crowd: “He will not cry aloud or lift up his voice (Isaiah 42:2).”

However, in his gentle wisdom, he does allow us to be bruised–like he was. Suffering with Christ both humbles us and brings us near to his heart. Fellowship in his sufferings is meant to shape us, but he will not allow it to break us. One pastor wrote of his own bruising experience:

If we expect our initial repentance and daily walk with Christ to consist only of pleasant and pain-free experiences, we’ll soon drift off course when we encounter spiritual difficulty. But bruising should not only be expected; it should also be received as a good and fruit-producing work….

He will keep us intact.

During his earthly life, Jesus personally experienced his Father’s care and spoke of it often. “Look at the birds of the air,” he told us. “Consider the lilies of the field,” he advised. The small, the fragile, the insignificant are not just kept alive by God, but made beautiful.

Our Messiah knows firsthand that we’re fragile, and he himself guards our flame. When the electricity goes out, we search for the matches to light a candle. In its flickering light we hope to find a flashlight whose batteries still work. The dark may press in on us, but as long as the wick still flickers, we’re in business.

Have you personally felt how fragile your health, both physical and mental, can be? My brother played golf with a buddy during the early weeks of the COVID pandemic. Neither of them gave much thought to the golf date, riding together to and from the course, and enjoying the fresh air during the game. But a few days later, his friend called to report that he had tested positive.

My brother became sick. Then sicker. Then sick enough for his wife to call an ambulance. For a full week doctors battled against the virus and the resulting pneumonia. His wick flickered dimly. Finally, slowly, he began to turn the corner.

Our life is in the hands of our Savior Jesus, the Promised Messiah. Gently, he guards our flame, tending our lives until the day he calls us home. Not only will he “tend his flock like a shepherd,” but:

“he will gather the lambs in his arms;

he will carry them in his bosom,

and gently lead those that are with young.”

Watch: His Justice for the Nations

Even though the images of Messiah’s gentleness leave a vivid impression, it is his justice that stands like a rock. Three times it is mentioned in our four verses:

“he will bring forth justice to the nations…”

“He will faithfully bring forth justice…”

“… not grow faint or be discouraged till he has established justice in the earth;“

His mission was to set things right. Justice had been overturned, not just by the heathen, but by God’s own people. God’s law had been broken again and again. It was time to “set things right” as our pastor said. To put things in order. We had colored outside the lines long enough. Justice required a sacrifice, and God himself would do it.

Again our Messiah steps in. Though he refused to break the bruised reed, he was willing to be bruised for our sake. He stepped into the ancient enmity between the serpent and the woman to fight to the death:

“I will put enmity between you and the woman,

he shall bruise your head,

and you shall bruise his heel.”

Jesus, the seed of the woman, was bruised beyond recognition in the combat to rescue you and me. But through death, he delivered a death blow to the serpent, then rose again, because death could not hold a sinless one.

Friends, let’s not despise our weakness, but fix our eyes on Jesus who delights in us. 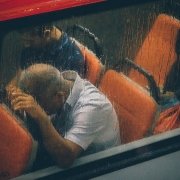 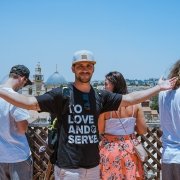