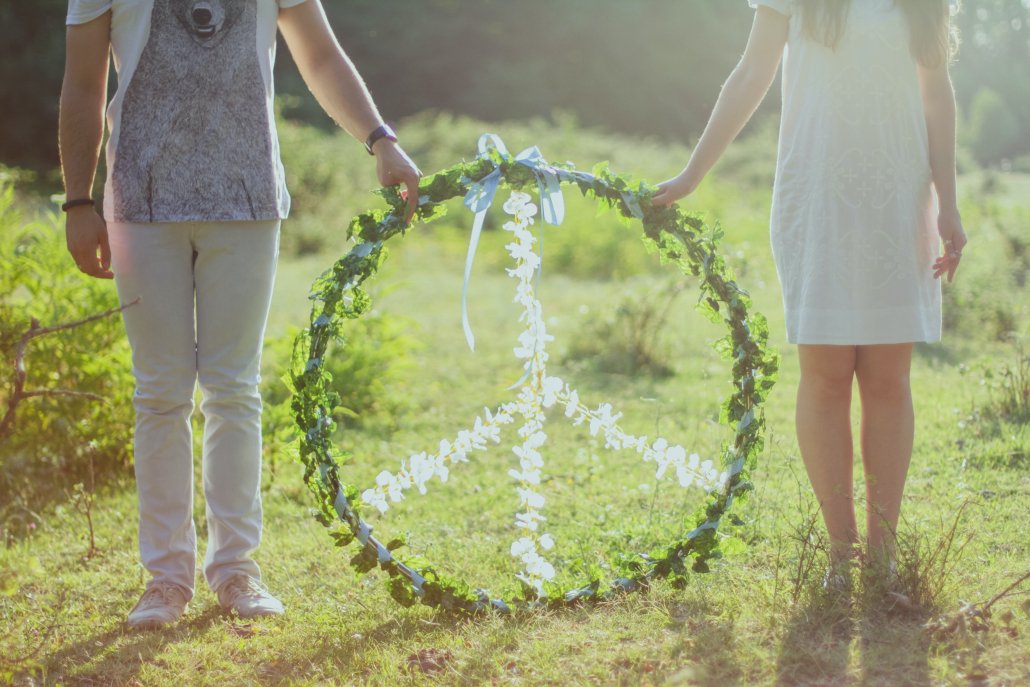 Passing His Peace: The Spirit’s Fruit

“Passing the peace” embarrassed me as a teenager, but I came to love it later.

Are you familiar with the practice? In the Episcopal church where I grew up, the moment came after the sermon and before we took communion. Having heard God’s word preached, we were now ready to eat and drink the Lord’s Supper together. But first something important had to happen.

The Rector initiated it. Opening his arms wide, he called his greeting:

“The peace of the Lord be with you!”

“And also with you!” We responded together.

After that there was a hubbub. Each one turned to her neighbor—beside, behind, or in front—peace be with you…peace…God’s peace to you.

As a kid I thought it was a great chance to turn around and chatter, getting rid of a few wiggles and words at the same time. But by the time I reached my teen years, I was mortified to have to speak such words to people whose names I couldn’t remember. It felt phony and weird.

However, these days I know I need it. The COVID pandemic has thrown up barriers between us, not just masks and the viruses they are meant to keep from spreading, but opinions and prejudices that build invisible walls and increase our unsociable distance.

I tense as I enter and exit, feeling judged or tempted to judge.

Instead of talking about Jesus, I want to justify myself, to explain why I’m one of the careful ones. I assume they think I’m ridiculous and begin to plan my defense.

But what if all I said was peace? The peace of the Lord be with you, friend.

The fruit of the Spirit is peace. Isn’t that fantastic news?

The truth is, when we provoke each other, we’re acting more like enemies than friends in Christ.

Our flesh likes to poke our neighbor, instead of loving him. It also likes to be right and to prove a point and to get the last word.

It’s funny how relevant Paul’s list in Galatians 5:19-21 becomes when we scan it for enemy language. Well, maybe not funny, but definitely convicting:

Not only convicting, but sobering. These particular sins are serious enough to bar us from heaven if they are our unresisted habits.

“I warn you, as I warned you before that those who do (practice regularly) such things will not inherit the kingdom of God.” Galatians 5:21c

How well did Jesus’ own disciples stack up to this list? Remember the rivalry among them, and the time James and John secretly pursued the top two seats in Jesus’ coming kingdom (Mark 10:35-37)?

Such jockeying for position came up again and again among Jesus’ disciples.

How then could he treat them as friends? How could he speak peace to them in the upper room before his crucifixion?

Because he was about to take these sins to the cross and suffer their penalty for them. Not only that, he bore this burden gladly, so gladly that the first words he spoke to them after he rose were,

The War He Already Won

Our pastor pointed out how often “peace” is used as a greeting in the New Testament letters. Paul uses it without exception. Peter, John, and Jude include it either at the beginning or end. And James puts it right in the middle of his letter.

Frankly, I barely notice the greetings. Repetition makes it sound like habit to me, like “Dear John,” where we’re not really calling John “dear” but simply opening with a standard greeting.

But Paul’s “grace and peace” isn’t a throw away phrase. No, it is a true blessing that is meant to convey the same certainty as it did to the disciples that day in the upper room when they cowered in fear of the Roman guards.

The Great War has been won. The devil has lost. Sin has been defeated. And now the Conqueror himself has pronounced peace to all and every citizen of his kingdom.

That means we, like the twelve, like Paul, we get to receive it from his own lips in the Gospels. And from every letter of the New Testament.

Then we get to pass it on.

The War We Must Fight

The fact of God’s peace in the life of his people is rock solid. It is the foundation of our continued fight in the ongoing battles with our flesh. It is the hope we have of God’s help through his Spirit. And it is the energy we need to use the sword of the Spirit in the remaining skirmishes.

“For he himself is our peace, who has made us both one and has broken down the dividing wall of hostility….And he came and preached peace to you who were far off and peace to those who were near.” Ephesians 4:14, 17

But we must not just receive the message of peace through the cross, we must pass it on, too. It is the bucket we carry through the trenches of our day.

The Weapons of Peace

What weapons should we use in our fight? What are the right weapons for this war of peace?

They’re tucked between two strong shields. Two formidable towers: the peace of God and the God of peace (Philippians 4:7, 9).

The peace of God will guard our hearts and minds in Christ Jesus, v. 7.

And in between are the weapons that will keep our minds ready and our hearts strong:

The weapons of our warfare are winsome and powerful in the Spirit’s hands.

Patience: The Gift We Politely Refuse
Scroll to top