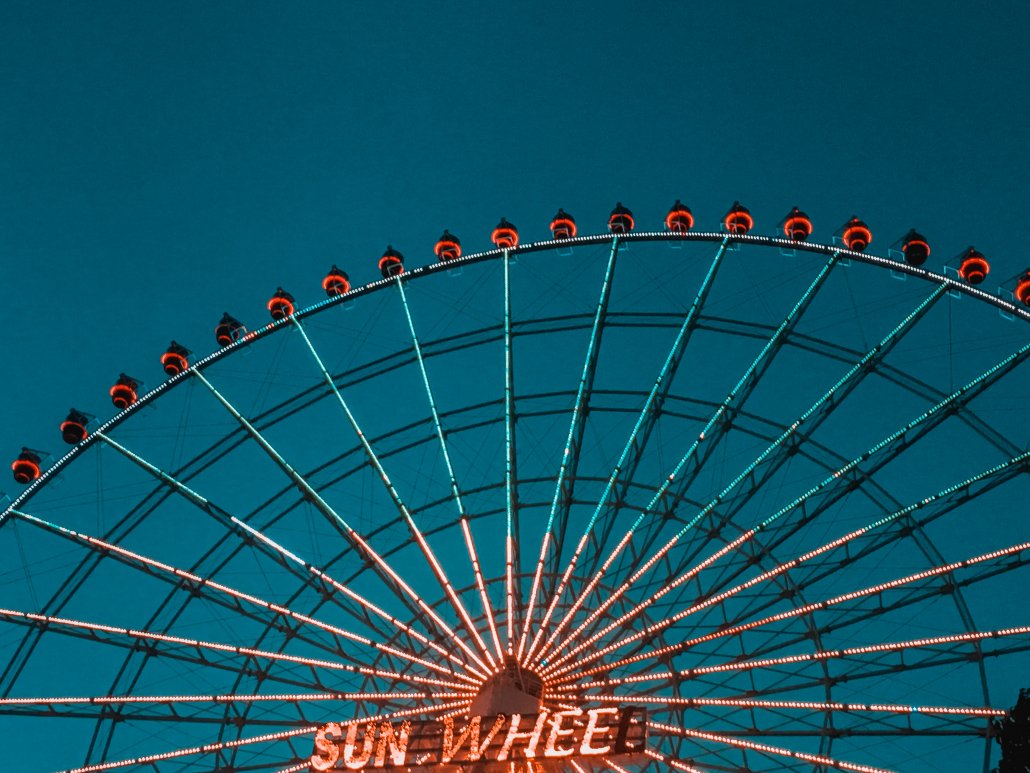 When Jesus told his disciples it was better for him to go away, they didn’t get it. Oh, they knew he was leaving. He’d told them many times. But when he told them that evening in the upper room, he could tell they were upset, even before they said anything.

“Because I have said these things to you, sorrow has filled your heart.” John 16:6

But then he surprised them. Instead of handing out tissues, he told them it was actually better for him to go away. They must have stared at him, dumbfounded.

Better? Really? If they had been given the choice between the two options–stay or leave–they would have voted for him to stay with them, twelve to nothing. Even Judas would probably have gone along with the vote, if only for the sake of appearances.

Jesus could have used a different word. He might have said it’s good  for me to go away. Good can mean a lot of things. We know some things are good for us, even though we might not like them. Working out. Regular check ups. Eating healthy. Moms are known for saying things like “it’s good for you.” It’s how we try to get our kids to finish their spinach or take a bath on a regular basis.

Jesus might have said “it will be good for you if I go away” with the lecturing tone we remember from our childhood. But he didn’t.

He said it would be better. It would be to their advantage, says another translation. It would be for their good, is how another version puts it.

Starting with this Ascension post we are going begin to explore why it was better for Jesus to leave not just them. But us.

How many times have you heard a friend’s woes and promised “I’ll pray for you” only to cringe when you see her a week later. You meant to pray, maybe you’d even written it down, but her need quickly was buried under the next thing. The next thing doesn’t even have to be a big thing, just something that displaces our promise to pray.

I have failed to pray so many times for someone’s situation or struggles that I finally figured out I need to stop and pray for them at that very moment. Adding them to a list I have somewhere involves finding the list. If their name is at the bottom of said list, I might not make it to the end before I get interrupted or fall asleep.

You can see how flimsy our prayer promises turn out to be.

Imagine having a prayer partner who not only remembers your need, but understands the need behind the need. A friend who hears you ask for prayer about your middle child and knows that this is the one you worry about every time they reassure you  don’t worry mom, I’ve got it covered.

Jesus is that prayer partner. He ascended to his Father’s right  hand so he could intercede for you. That means he has the Father’s ear. He also knows your heart. And since he will never die, he will never stop praying for his people. For you.

“Consequently, he is able to save to the uttermost those who draw near to God through him, since he always lives to make intercession for them.” Hebrews 7:25

His prayers are keeping you and me safe. They’re even keeping us saved.

We Are On His Mind

When I forget to pray for someone, I usually blame it on my busy life or my aging brain. I meant to do it, but it was the pea that fell off the plate. The list was too long. Or I became distracted.

Do you sometimes feel like a weak link in the prayer chain too? Jesus knows how it feels. He became weak so he could experience all the temptations that come with weakness. The temptation to make excuses. The frustration of busyness. Even the temptation to quit.

When you and I struggle to faithfully pray for the people in our lives, we have a friend and brother who is very near. Near? Even though he has ascended to right hand of his Father? Yes. He is near because he took our flesh with him, ascending not just as a spirit but with the same dear body Mary had rocked and Thomas had touched.

Jesus’ human body was subject to weaknesses of all kinds, spiritual, emotional, physical, just like we are. He knows how it feels to be weak. That’s why he knows how to pray for us. He knows our frame. He knows that we are dust, because his body, too, was made of dust.

“For we do not have a high priest who is unable to sympathize with our weaknesses, but one who in every respect has been tempted as we are, yet without sin.” Hebrews 4:15.

The high priest of Israel wore something like a memory device when he was fulfilling his official duties. On his shoulders were two stones, each with the names of six of the sons of Israel. When he offered sacrifices, he did it on their behalf. When he prayed, he bore their names before God.

Even Better, We Are On His Heart

But here’s something even better. Just like the high priest, who wore a sort of vest embedded with twelve precious stones to represent each of the tribes, Jesus bears us on his heart into the very presence of his Father.

“So Aaron shall bear the names of the sons of Israel in the breast piece of judgment on his heart, when he goes into the Holy Place,  to bring them to regular remembrance before the LORD.” Exodus 28:29

We rarely think about other people, except when we need them or want to ask them to do something for us. But Jesus thinks of us all the time because we are on his heart.

He knows what we feel even before we are fully aware of it. He knows how we struggle with temptation in the very first moment it occurs. Just like John who leaned back against Jesus to ask him a question (John 13:25), we can lean back and put our head on Jesus’ chest. That’s how tenderly he loves us, how close he is to the temptations and struggles of our heart.

With a Savior like this, how can we stay away? He already knows what we need, but he wants us to come to him so we can confide our fears and failings. He stands ready to intercede in the very moment of our need.

Let us then with confidence draw near to the throne of grace, that we may receive mercy and find grace to help in time of need.” Heb 4:16

When our needs become prayers, they lift us to the throne of his infinite grace. Though Jesus has ascended, he took us with him when he took his body into heaven. We are on his heart.