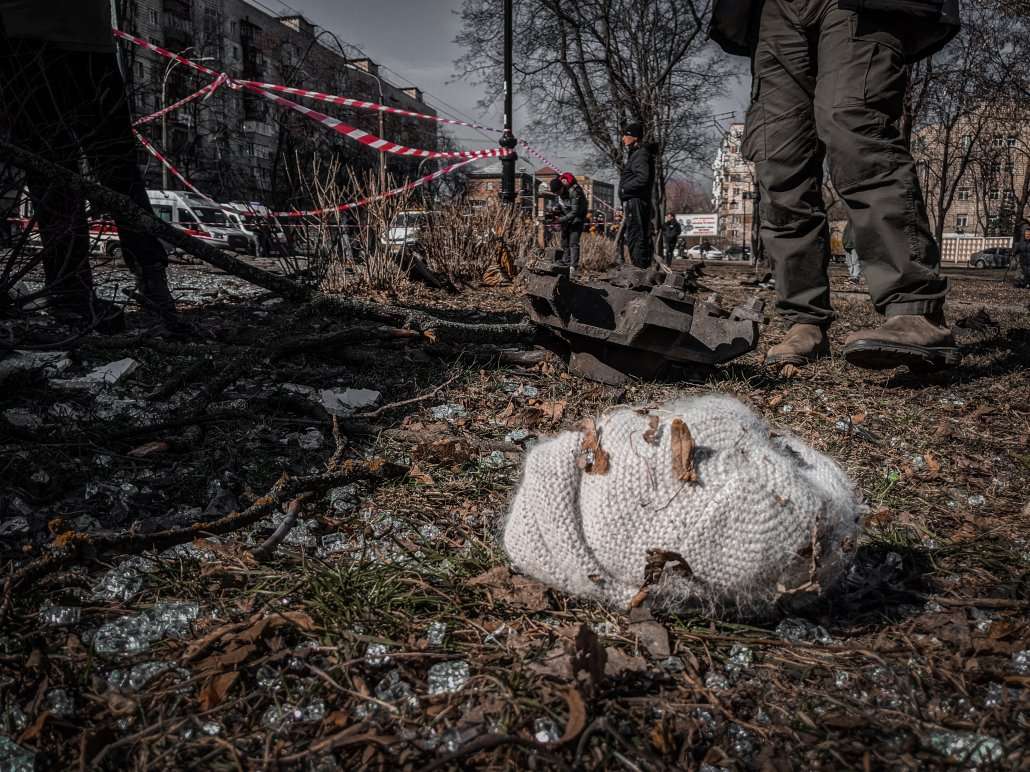 Jesus’ ascension gives us hope long after we’ve packed away the Easter baskets and chocolate bunnies.

As I write this blogpost, Easter 2022 is yesterday’s news. It happened only 8 days ago. But 8 days is an epoch in today’s world, where words and images flash past us constantly, turning our heads and taunting us to click. Who’s still thinking about Jesus’ resurrection 8 days later?

The persecuted church. That’s who. When you’re healthy and wealthy, life is an endless stream of distractions. But when you’re hunted. Hounded. Rounded up like criminals, ground down like dirt. Only one thing matters.

Jesus’s Triumph. The triumph that trumps all evil. The fact that faces down every enemy. Which is a good thing, because evil enemies continue to rage.

On Easter Sunday I read this update, “Ukrainian President Volodymyr Zelenskyy sent Easter greetings via Twitter, saying: “The Lord’s Resurrection is a testimony to the victory of life over death, good over evil.”

It’s true. The resurrection of Jesus Christ demonstrated his victory over sin and death. But having risen Jesus gives us a second magnificent gift for those facing persecution.

Because Jesus’ ascension exalted him to the highest throne in the universe, you and I and all who trust him have friends in high places.

Because Jesus’ ascension exalted him to the highest throne in the universe, you and I and all who trust him have friends in high places.

That is the hope of Jesus’ ascension.

After forty days of resurrection appearances, Jesus visibly ascended from earth to heaven. What was his tiny church to do now?

They weren’t mighty in numbers. Only 120 gathered in the upper room after Jesus left them. Men and women, possibly children too. There they waited.

“And behold, I am sending the promise of my Father upon you. But stay in the city until you are clothed with power from on high (Luke 24:49).

Waiting is sometimes the hardest work. When we’re afraid, we tend to get impatient and jump into action. Or get bored and begin fiddling with our phones. Ten days is a long time to wait.

But this group of 120 waiting disciples began to pray together, with great fervency and unity of Spirit.

What did they pray for while they waited? Luke tells us that they conducted important business. Jesus had chosen twelve to follow him, yet one had betrayed him and then committed suicide. The number of disciples was now incomplete.

Out of the 120 gathered that day, they put forward two candidates, Joseph and Matthias. That’s when they prayed, asking the Lord to make his choice clear between these two. Then they cast lots, trusting that God would decide through this ancient method of decision making.

Matthias was chosen to replace Judas, bringing the number of apostles back to twelve.

Praying and waiting go well together. It’s no surprise, then, that as the gathered disciples prayed, they continued to wait, just like Jesus had told them.

“And while staying with them he ordered them not to depart from Jerusalem, but to wait for the promise of the Father, which he said, “you heard from me, for John baptized with water, but you will be baptized with the Holy Spirit not many days from now.’” Acts 1:4

Are you tempted to jump into action today? To solve some problem fast with a tweet or a text? To have the last word?

Our knee jerk responses feel so right in the moment, but can end up being so wrong. We need to push pause so we can wait and pray.

Ascension Hope Answered–Power from Above

Ten days later the tiny church in hiding received what they were waiting for. It was on the Day of Pentecost, “fifty days to the day after the seventh Sabbath” according to Leviticus 23:15.

On this day, Day 50, Jesus would send publicly the gift he had bestowed privately on the first day, Day 1 of his resurrection. John records the events of that day, beginning before dawn with Mary Magdalene weeping inconsolably in the garden. She was the first to see him.

Day 1 ended with Jesus appearing to his cowering disciples in the upper room.

We hear about this event in John’s own words. That day Jesus appeared to them, despite the locked doors, conveying peace and assurance that all was well.

It was a private, but powerful event for those in hiding.

But it was 50 days later, on Pentecost, when the public event occurred. The assembled group of 120 together were no longer cowering in fear, but waiting with obedient expectation to receive what the holy gift that had been promised to them.

The indwelling Holy Spirit, “power from on high,” was given to the 120 gathered that day. Why? To transform them from a gathering of followers into the church, the living body of Christ.

And to empower them to take this gospel into the world.

Boldness in the face of persecution was a direct result. They were transformed by the first fruits of the Spirit’s power.

The Spirit-filled early church were now united and equipped to proclaim a coherent and powerful message.

“This Jesus God raised up, and of that we all are witnesses. Being therefore exalted at the right hand of God, and having received from the Father the promise of the Holy Spirit, he has poured out this that you yourselves are seeing and hearing.” Acts 2:32, 33

They had not only received the promised Holy Spirit, they now had friends in high places. The ascended Christ and the descent of the Holy Spirit equipped them to be bold in a hostile world.

Even today, in Ukraine as well as other war zones, the persecuted are powerless. They have no recourse. Few see their suffering. Fewer care. Who will identify with their cause? Who will risk the ire of the persecutors?

The One who came down to save us risked the ire of the establishment. He was seemingly caught in their trap, powerless before their twisted judgments. To all appearances, he was the persecuted, the victim, the patsy who had been easily manipulated into taking the blame.

This is the Friend to whom the persecuted can turn. The One whom Stephen saw as he was being stoned for his faith in Christ. The One who laid down his own life to save an uncountable number from every tribe and nation and tongue and people.

Jesus has conquered and he will keep the persecuted so they can conquer whether they live or die.

“And I heard a voice from heaven saying, “Write this: Blessed are the dead who die in the Lord from now on.” “Blessed indeed, says the Spirit, that they may rest from their labors, for their deeds follow them!” Revelation 14:13

Photo by Bruce Christianson on Unsplash