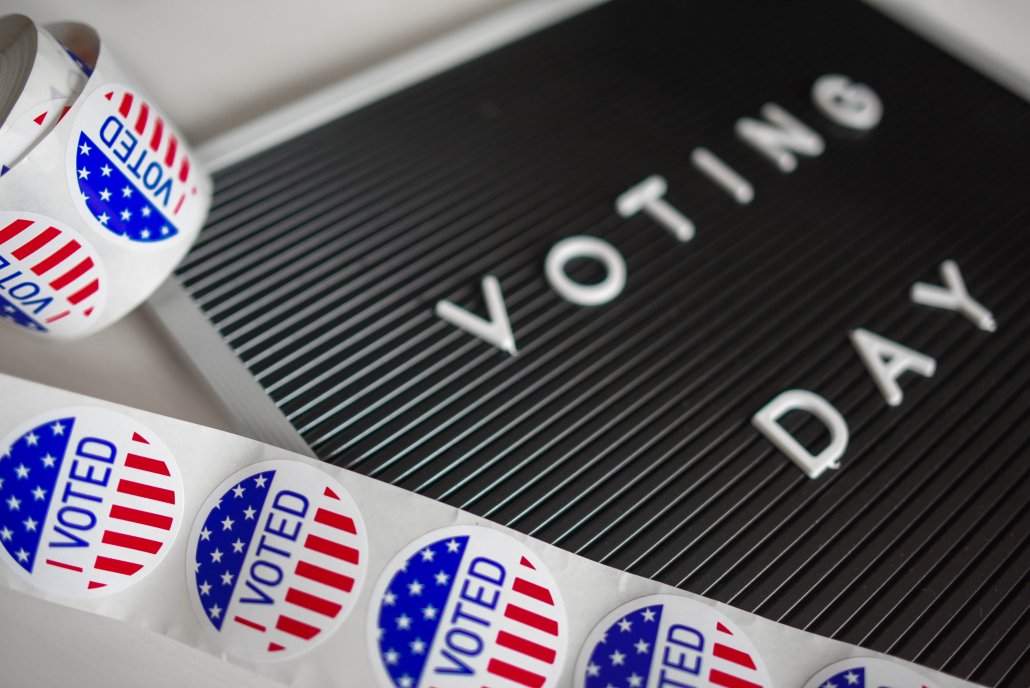 Hoping for Right, Left, or Neither in this week’s mid-term election? Wait, isn’t that supposed to be Right, Left or Center? Not in this blog post.

Hoping, for the Christian, is more than fingers-crossed wishful thinking. It’s also broader than merely a religious hope. Hope for the Christian  includes politics, because Jesus has ascended and is already reigning from heaven.

Mid-term elections 2022 have come and gone. Where do the still changing results leave you and me today?

Republicans were hoping for a majority in the Senate and House to push their agenda in the next two years. Democrats were counting on gaining a stronger position for the remaining two years of Biden’s presidency. At this point it seems like a bust for both parties.

How do you feel the morning after? Like your football team broke huddle, but failed to get a first down? That the goalposts seem farther away than they did this time yesterday? That Rondi is pushing it with the football analogy and should stick to Bible study?

With neither side a clear winner or loser, you and I might be wondering what’s next? What do we do now?

I would answer those questions with another question. What was I hoping for two days ago? And where should I place my hopes today?

Even though I voted red, I’m neither elated nor defeated by the outcome of this race. I’m placing all my political hopes on the one who conquered evil and ascended to rule from the highest office in the universe.

This King is the hope of his people.

Facing the Challenge of Modern Statism

When Christians were a tiny minority in the Roman Empire, they were confronted with a demand to pledge allegiance to the authoritative rule based in Rome. A political crisis was the driving power behind this new demand Julius Caesar, ruling within a representative democracy, met his death when a group of Senators assassinated him. His nephew, Augustus seized power, eliminating the conspirators and establishing himself as the autocratic ruler of the empire.

The public declared their allegiance under penalty of death by announcing, “Caesar is Lord,” but the early church realized that this political message was not true. They had witnessed the life, death, and resurrection of Jesus the Christ. But it was his ascension that enthroned him as Lord and King of creation.

“Jesus is Lord” wasn’t a religious statement, it was a political one. And it came with a high price. To put Jesus above the Caesar was an act of treason, bringing down the judgment of Rome on the offenders. Through successive Roman emperors the pressure increased until in AD 90 Domitian ruled with ruthless cruelty, executing or exiling Christians to destroy this stubborn religious rival.

Who is Lord, Caesar or Christ? This is a question that will not go away.

The truth is that question is always there. It is always before us, before the church in every age of the past…in our time today…and in front of the church in the ages to come.

How does this question show up in our country today? For starters, in some workplaces employees are now told they must use the correct pronouns to refer to a fellow worker, using terms that violate their conscience. In this example and in others, failure to comply with this company policy can lead to penalties that will affect the employee’s future with the company.

In addition, the Little Sisters of Charity are another group who found themselves subject to a ruling requiring them to offer abortion information and services to those who came to them for help. A pro-life order that had been issued in 2016 was challenged by pro-abortion attorneys in 2017. It took three more years for their case to come before the Supreme Court, which finally ruled in their favor.

Coercive authority is not just about religious issues. The Foundation for Individual Rights and Expression presses back against hostility to people on the right and left of the political spectrum. That hostility is expressed in firing of professors, and denial of the rights of the accused when they are investigated.

Finally, ordinary citizens will increasingly face government regulations that coerce us to violate our conscience. When human institutions and leaders act like God they are defying the rule of King Jesus. Only people who fear God more than what may happen to them for doing what is right have the courage to stand against such arrogance.

Hoping for Citizens Who Believe the Gospel

We are called to live in courage, not as hopeless, but with great hope. Why? Because Jesus has ascended. He currently reigns over the universe he has created. He is seated on the throne of power and is exercising his authority in the world around us.

What was it that turned his followers from a small band of believers hiding in fear from Roman persecution into a bold crowd of witnesses, publicly proclaiming Jesus’ triumph to the crowds who descended on Jerusalem for the feast of Pentecost? What had they seen and heard that changed them so radically?

Mark and Luke told what they saw. Having assembled them on the Mount of Bethany, Jesus blessed them and then ascended–was lifted up by his Father– bodily from the earth until he disappeared into the clouds, according to one theologian, into the cloud of God’s glory.

But it is Matthew who tells us what they heard. A large crowd had gathered that day, filled not just with worshipers, but also skeptics, who doubted even as they watched. To this mixed group Jesus announced the inauguration of his reign, and then sent them out as heralds of the King:

All authority in heaven and on earth has been given to me. Go therefore and make disciples of all nations, baptizing them in the name of the Father and of the Son and of the Holy Spirit, teaching them to observe all that I have commanded you. And behold, I am with you always to the end of the age.

How does the fact of Jesus’ ascension change the way we live during this mid-term election that still has no final vote count? It is our hope, giving God’s people a sense of stability and confidence because Jesus is on the throne. This confidence enables us to continue to participate in a sometimes flawed and frustrating political process as citizens of this country. At the same time we remember that “our citizenship is in heaven, and from it we await a Savior, the Lord Jesus Christ.” (Philippians 3:20).

This hope also makes us bold, “very bold” in Paul’s words  (2 Corinthians 3:12). What a wonderful time to talk about Jesus, not just  in the manger or on the cross or in the tomb, but on the throne. He is neither right nor left, but the faithful and true ruler for whom we have been waiting.

However, the Christ that Christians trust in, relate to, and love is the Christ who not only lived, died, rose, and will come again, but also is presently at God’s right hand.

Peter C. Orr, Exalted Above the Heavens: The Risen and Ascended Christ, IVP, 2018.

Want to join the discussion?
Feel free to contribute!